scooters: Here Are All The Bikes And Scooters Launching In November 2022

scooters: Even while the festivities are winding down, the reason for your joy doesn’t have to, as several two-wheeler debuts are scheduled for November 2022. Here is everything you have to anticipate.

hero bikes: The Ultraviolette F77, India’s first electric sportbike, will finally emerge from the cave on November 24 when it is introduced. It’s interesting to note that the F77 has improved significantly since it was first introduced in 2019. It gains a battery pack that is significantly larger and has a range that can compete with electric automobiles and much more. For a complete summary of what’s new, see here.

The most exciting bit of November could be Rider Mania, Royal Enfield’s bike fest which is returning after three years. Apart from the various events, the veteran bike manufacturer will also likely unveil a new bike for the Indian market. Could it be the 650cc cruisers, the Bullet 350 based on the J-series platform, or the Himalayan 450LC? We will find out soon enough. Psst, we think it could be the Shotgun 650.

Taiwanese EV giant Gogoro is all set to make its India debut on November 3rd. Apart from bringing its famed battery-swapping technology and swap stations to India, the EV maker may also be launching its electric scooters. We believe, the Gogoro S1 is the perfect candidate for India’s EV market with its quirky design.

Hero is likely to ride in its 110cc sporty scooter, the Maestro Xoom 110 this month. The scooter was revealed at a dealer event earlier and comes packed with almost all the features showcased on the Maestro Edge 125 including a digital console, Bluetooth, and navigation. Oh, and it gets the same engine as the Pleasure Plus and Maestro Edge 110.

An updated version of the TVS Apache RTR 160 4V was recently spied and we think that TVS could launch it this month. The test mule featured a revised intake and exhaust setup, but could it improve the bike’s all-around rideability? We shall find out soon enough.

Ducati India might just bless us with its most off-road capable ADV, the Desert X, this month. It packs a 937cc liquid-cooled L-twin heart making 110PS and 92Nm, and looks absolutely delightful. It also sports electronics similar to the ones found on Rally bikes.

The Hero XPulse 200 4V has been a really capable off-roader, and Hero is likely to launch its updated road-biased sibling, the XPulse 200T 4V, in November. It sports a couple of cosmetic upgrades and a new engine derived from its sibling.

Apart from this list, Honda, too, might bring in the 100cc Hero Splendor Plus rival this month. Head here to know more about it. Oh, and Keeway is likely to debut its 250cc retro street bike as well. Summing up, we’re excited for this month as there are plenty of launches anticipated this month.

Do any suggestions – Ideas to improve the quality

Thanks for your feedback!

Thanks for reporting this. The reported comment will be shortly removed from Zigwheels &

will be sent for moderation.

The Indian two-wheeler market was deprived of new two-wheeler launches last week. However, some other updates kept the excitement going like spy shots of upcoming bikes and the announcement of a new brand’s entry into India. If unaware of these developments, here’s a quick round-up of the five most memorable two-wheeler stories from the last week. 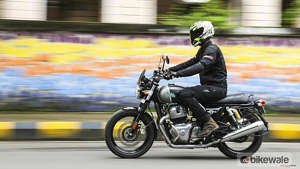 The reports of Royal Enfield hopping on the electric bandwagon have started surfacing. The company has started testing a few prototypes of electric motorcycles in India and abroad. Moreover, investments and the hiring of new talents have also begun for electric mobility at Royal Enfield. However, the first RE electric motorcycle is still a few years away as the brand wants to understand buyers’ requirements and approach toward EVs. 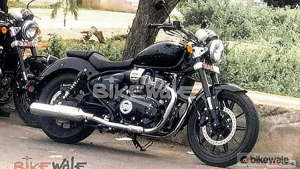 While Royal Enfield’s EVs are far away as of now, what it is expected to unveil as early as next month is the Super Meteor 650. There is a high chance that the motorcycle will be officially uncovered at this year’s EIMCA show in Milan, followed by its India unveil at the Rider Mania which will take place between 18-20 November 2022. Click on the story link to read more on this. 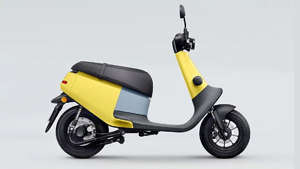 The Taiwanese electric two-wheeler and charging solutions brand, Gogoro, is all set to enter India on 3 November 2022. The company has sent out an official invite for an event to reveal its plans related to its India operations. Gogoro has already tied up with Hero MotoCorp a few months back and both companies will benefit from the former’s expertise in EV charging and battery swapping solutions. Moreover, Gogoro might also launch its own electric two-wheeler in India. 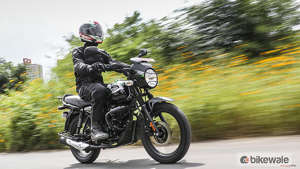 Two reviews went up on our website last week and one of these was the Bajaj CT125X. With this motorcycle, the company is targeting buyers looking for a rugged commuter but with slightly funkier looks and better performance than entry-level daily workhorses. So, has Bajaj managed to bring in all the right ingredients that this genre demands? Click on the review link to find out. 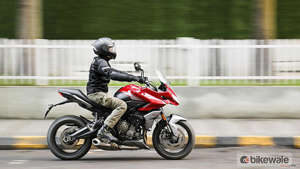 The Tiger Sport 660 is the sport-touring version of the Triumph Trident 660. The latter had left us profoundly impressed on a lot of fronts when we rode it comprehensively a few months back. But, as the touring tag gets attached to a motorcycle, the expectations are considerably more than from a street naked. Is the Tiger Sport 660 enticing enough to justify its 9.08 lakh price tag (ex-showroom)? Get the answer in the road test review of the bike.

New Royal Enfield Scram 450, Bullet 350, And Four Others To Launch In India Soon

Royal Enfield is all set to launch a slew of motorcycles in India soon. The company launched the new J-platform motorbikes which have been accepted by the market and the 650 cc platform is also performing well being the flagship motorbike for the manufacturer. Royal Enfield is said to be working on eight motorcycles that will be launching soon. Here’s a list of these bikes:

The last motorbike to be based on the J-platform is the Royal Enfield Bullet 350. It will replace the current UCE Bullet 350 in the line-up and is likely to be positioned above the recently launched Hunter 350. The engine and the chassis will be shared with the Classic 350 but it will have a more basic design.

The company is working on an all-new Himalayan. It will be more powerful than the current one. It is expected to have a displacement of 450 ccs whereas the current one has a 411 cc capacity. More importantly, the Himalayan 450 will come with a liquid-cooled engine. This is the first time that Royal Enfield is going towards the liquid-cooled route.

The Super Meteor 650 is the flagship cruiser of the Royal Enfield. So, the riding triangle is made for cruising with forward-set footpegs, an up-swept handlebar, and a scooped-out seat.

Royal Enfield showcased the SG650 Concept which is the bobber. The productive version is expected to be called Shotgun 650 and will share its underpinnings with the Super Meteor. However, it will have a single seat, chopped fenders, and center-set foot pegs. The Shotgun 650 could be the new flagship motorcycle for Royal Enfield.

A test mule of a new 650 cc motorbike was spotted in Chennai. It has a scrambler-like design, spoked wheels, and a single-piece seat with a side-mounted exhaust.

Interestingly, a test mule of the Continental GT 650 with alloy wheels and a new tail lamp design was spotted. Another testing mule of the GT was spotted with a cowl.

5 thoughts on “scooters: Here Are All The Bikes And Scooters Launching In November 2022?”